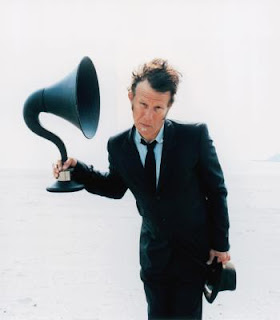 A week after my retreat to the foothills of the Rockies and I am still digesting all of the lessons learned as I make sense of them in my head. One realization I had out in the mountains is that I want to spend the short term spreading my message to groups of people as opposed to coaching small groups through life transitions. I do think I will end up in the small group space eventually, but for now my message and situation packs a particular punch as one of a few young cancer survivors in my age bracket.

As a result, I have been researching youth motivational speakers to get a flavor for what life would be like on such a circuit. I feel like I have learned some pretty serious life lessons early in my life and if I can pass them onto the youth of our nation (tentatively defined as seniors in High School through mid-30s) prior to them getting hit in the face with a huge life event, the easier they will transition through it.

My theory is that if I can plant the seed (or seeds) of my message in their heads early in life and make them more aware of themselves and the possibility of an in-the-face event, they will be better equipped to live a more full life, as defined in their terms, moving forward.

I came across a guy named Josh Shipp (here’s to another 2 p’s last name!) and one story in one of his videos struck a nerve with me. In short he was an orphan and class clown growing up. One of his teachers pulled him aside and told him that he had the ability to make his friends laugh and in that moment when he has all their attention, it is up to him to say something positive.

I recently attended a going away dinner (9 months posthumous...) for a coworker that left the company I work for with other guys my age. It was all work jokes and shenanigans until I start talking about my cancer journey. Everyone at the table shut down what they are doing and started to listen. Part of it is societal pressures of not knowing how to act, but I sense that they are hanging on my word and in that moment I have the opportunity to say something that will stick with them more than it would have pre-cancer. Much like Josh, a light clicked on in my head.

Back in Colorado my whole life coach and I were chatting about ways to approach my concepts and spread my word. He loved that I started a blog, and practically insisted I write a book. Seeing that the first book I read cover to cover was junior year in high school (thank you Cliff Notes!), I am a little intimidated by the prospect of the project...

But I have my message. And I have my personal mandate. And it will happen.

I have to do this.

There comes a time in everyone’s life where they get a sound of their calling. It’s up to you to listen to it and make the sacrifices it takes to turn the volume up so as many people as possible can hear it.

Cancer may have hit me in the face at a young age, but I plan to take it and make it my calling to Lift as many lives as possible.