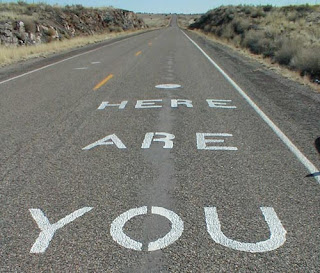 Like the time my senior year in high school where I sprained my ankle in school gym class the week before the semi-final state championship ice hockey game. It was the end of the gym basketball season and my team was vying for last place. I love sports and don't like finishing last, so naturally I was trying as hard as I could to win the coveted title of second-to-last...

I tried my hardest to rehab my ankle and find a solution (short of a cortisone shot) prior to puck drop, but the clock ran out. I figured if we won the semi and moved on to the championship game at the United Center in Chicago, I would skate no matter what.

To add insult to injury, the semi-final game was the last time I would be able to suit up against my arch rivals. I had played well against them all season averaging a goal and an assist per game in our 3 prior matches. Instead of being on the ice, I took in the game from the bench on my crutches and watched our team lose in overtime. That was the uneventful end to my high school athletic career.

"What if I would have sat out gym that day and was able to play in the semis?"

I went on to college, graduated, and moved back to Chicago to start my career as a consultant. There were other events along my path I thought back on in the same manner as I did my high school hockey incident:
"What if I went to a DIII school and played golf collegiality?"
"What if I didn't date that girl?"
It wasn't until I started seriously dating my wife that I had my revelation. Like any new relationship there is always that interest in each other's history. There were things in my life I wish hadn't happened and decisions I wish I wouldn't made up to that point.
But I was happy... Incredibly happy.
I was at the airport Marriott in Cleveland, Ohio sitting at the desk in my room thinking about some of the "wish I didn'ts" from my life when it hit me:
Every decision I made in my life, good or bad, has led me to this moment. And I wouldn't change it for anything.
I realized recently that I have lived the majority of my life based on the expectations of others. Whether it was the community I grew up in, the peers I associated with, or the schools I attended, there was always something inside me that didn't feel comfortable with the socially acceptable path of life. Perhaps this is why I had a lot of "what ifs?" leading up to meeting my wife.

We can't change the past. And the future is never what plays out in our head. The only thing we have control over is right now.

This moment.
If we start living these moments in a manner consistent with our passion and values who knows where life will take us...

Just know that the wishing will stop.
I leave you with a great quote from my grandpa about wishful thinking: "Shit in one hand, wish in the other, and see which one fills up first."
Posted by Roger Lumpp at 9:09 PM