Readying for Lift Off 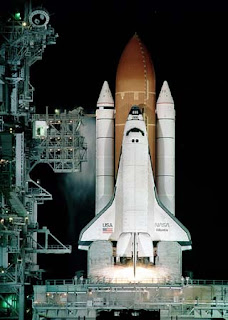 As I mentioned in FAQ - Part I, one of the hardest things I faced shortly after diagnosis was the notion that my life was on hold while I got treatment. During one of the weekends where I was not recovering from chemotherapy I decided to get the ladder out and clean our gutters that were hemorrhaging leaves from mild neglect on my part...

When I was up on my roof bailing things out like I was going down with the Titanic, my I-pod shuffle function landed on Bigger Than My Body by John Mayer. This song always resonated with me, but I really never gave the lyrics a close listen as I am more of a melody guy.

After the song finished for the first time I stopped bailing, laid on the roof, and listened to the song a few more times focusing on the chorus:

Yes I'm grounded
Got my wings clipped
I'm surrounded by all this pavement
Guess I'll circle
While I'm waiting
For my fuse to dry...
Someday I'll fly
Someday I'll soar
Someday I'll be so damn much more
Cause I'm bigger than my body gives me credit for

This song became an anthem for me for the remainder of treatment and to this day as I prepare to formally launch a concept I have been working on since August 2010.

As I was solidifying my mission to lift as many lives as possible I stumbled upon an idea that has the potential to connect with every living being on earth. Through this connection I foresee the ability to increase the amount of positive energy in the lives of those who embrace it. As more and more people get on board, we will slowly shift the balance of energy on earth and lift everyone up in the process.

Given the events of the past year of my life and the new found understanding of my potential, I strongly believe this is my moment.

I have been waiting for my fuse to dry for months now...

It's almost time to grab a match.
Posted by Roger Lumpp at 8:26 AM

Email ThisBlogThis!Share to TwitterShare to FacebookShare to Pinterest
Labels: Lift